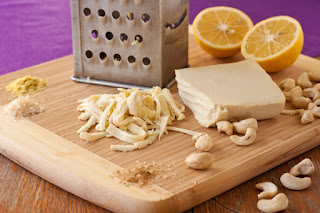 I seen that people were asking about cheese alternatives for the avocado mac-n-cheese, so I thought I would share this. Some people very strictly follow the vegan diet, while others base their diet around plant-based, but allow certain things (eggs, or certain dairy, etc...)

Sure, there are a number of specialty stores that sell vegan cheese if you want to spend the money for it. But you can also simply make your own cheese.  Here are a few resources you can check out...

The Recipe Renovator has a wonderful solution to recipes that use cheese, which involves creating your own perfectly vegan-approved cheese at home (above photo credited to them, as well). 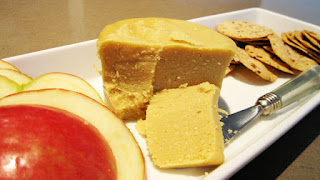 I haven't tried this one, but it sounds wonderful! You'll be using agar flakes in this homemade vegan cheese. That's a good thing if you plan to try to cook with it, because with agar, it's easy to remelt it and and add in any extra ingredients that you want then let it reset. She says it easily melted in the microwave, so another big plus if you plan to use this on top of something and want it to melt. This one comes from Vegangela (image above credited to them, as well). 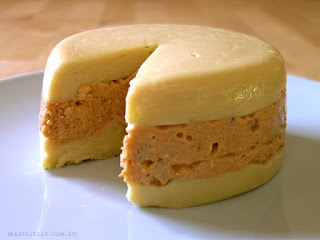 Last but not least, here's another vegan cheese recipe you can try at home. In this version, she tries to keep it more on the simple side, not as seasoned and over the top as some of the others you can find out there. This is an attempt to make it more cheese-like, but of course you can add ingredients, seasonings, more vinegar, etc... if you want to give it a unique edge. She also uses soy, but you can use any other non-dairy milk (maybe a cashew cream?) - but do note that she hasn't attempted to create this cheese with any other than the soy milk. This version comes from Magic Jelly (photo above credited to them, too).